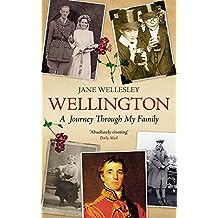 Skip to main content. About this product. Make an offer:. Stock photo. Brand new: lowest price The lowest-priced, brand-new, unused, unopened, undamaged item in its original packaging where packaging is applicable. Published by Weidenfeld and Nicolson in Condition: The Book is New and unread.

Wellington: A Journey Through My Family - Jane Wellesley - Google книги

Any condition Any condition. See all People who bought this also bought. Conditions of use. When I was six, my mother died after the birth of our baby sister Lusia. It was a very cold winter in and the country was at war. I remember how we cried all the time and missed our mother. Then on 10 February , only eight days after her funeral, the Soviet militia burst into our farmhouse at 2am, searched my father for any weapons, and ordered him to pack his children and take whatever clothes and food we could take with us.

We were taken in that severe winter night to the nearest railway station, which was close to the Russian border. There we were loaded — shoved and pushed — into cattle cars and taken north to Siberia. There were thousands of people on this train, one of the many from eastern Poland, in this first ruthless deportation of the Polish citizens from their country. Women tried desperately to help crying children and our baby sister was fed by other breastfeeding mothers or given boiled water, which was shared when guards allowed us to collect it at various stops on the journey. But the baby died soon after we arrived in the remote mountain place past the Ural Mountains.

Many died on this journey… the constant travel for three weeks! I remember that our father worked, like all other men and young people, in the mine. My sister Stanislawa, then 14, worked unloading the trolleys of copper ore on the surface. If people didn't work they were not given bread rations either for themselves or their families.

My eldest sister Misia was a housekeeper. Maria, 12, was a nanny in a Russian family and the two youngest, myself and my brother Kazimierz, had to go to a Russian school. We often went to the markets to sell whatever we could spare to buy food. We walked miles to potato fields at harvest time to glean some after the big combines had left. Then we would enjoy feasting on potato and onion soup, potato pancakes and hot potatoes with salt.

There was no guarantee of salt, sugar or food necessities in local stores and supplies would be disrupted, especially when Russia was invaded by its former ally the Germans. We were then freed and made our way south, eventually arriving in Iran. Half starved, ragged and ill, the women and children saw that sticking to General Anders' newly formed Polish army in Russia was their only chance of survival. General Anders bravely decided, against Stalin's preferences, to take as many civilians as possible with the Polish army being evacuated through the Caspian page Sea to Iran. The fishing boats were overloaded and it was standing room only.


It was a similar situation earlier when we travelled to Kazakhstan to be near the Polish army where we were looking for our father who had already joined it. We crossed on primitive boats on the mighty and freezing Amu Daria River in Uzbekistan. Many died on that short journey, especially children, and their bodies were thrown into the river. For us that survived and arrived safely in Iran in March , the hunger was over and the sick children got hospital treatment.

We were clean, warm and fed at last, and joined various transit camps in Tehran.